You are here: Home / News / Todd Waters Quietly Drops a Bombshell in the Wake of AORC Debut
Back 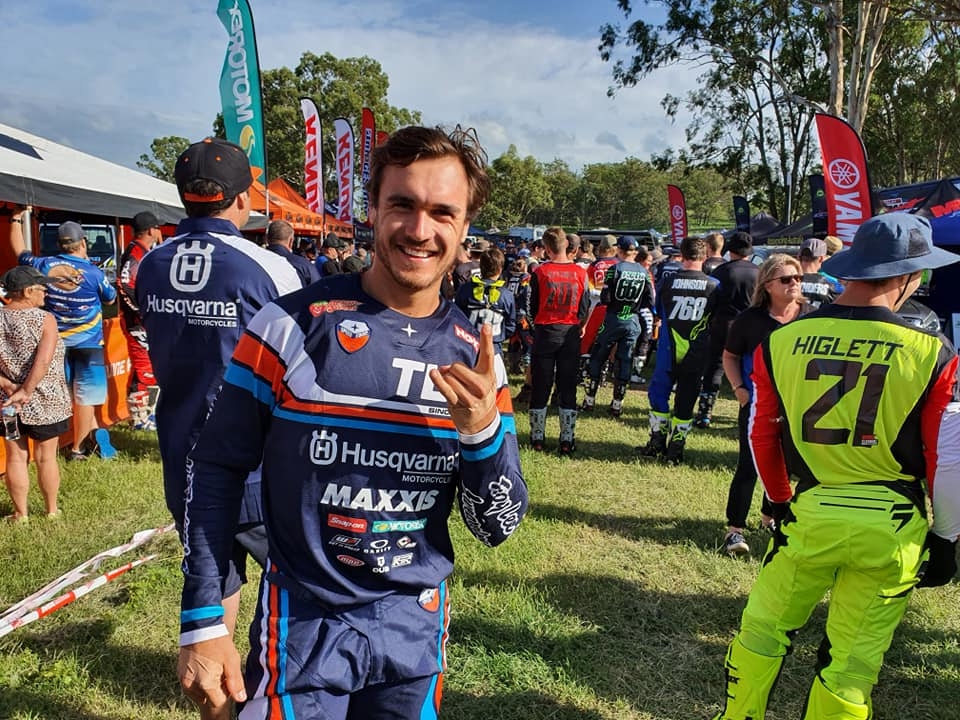 On the back of a highly impressive off-road debut where the only two guys to beat him were the outright winners of the last two ISDEs, Aussie motocross champ Todd Waters is set to raise further eyebrows with a subsequent revelation.

Waters intends to apply for ISDE selection. And not at the expense of MXdN representation goals – in addition to them.

Todd you’d never even spectated at an off-road race before, what was it like from your perspective?

It was pretty exciting – I had no idea what was going on – it made me feel like I was 16 again. I get really excited when I’m put in positions where I’m not comfortable, and I’ve been there a lot, racing world championships overseas, and doing even something as simple as owning and registering a car in a different country.

So I’m turning up and trying to beat the best dudes in the world. It was an interesting weekend. I’m out walking the track with Stykesy, and I’m like, “what’s the deal here?” and he’s like, “you’ve gotta’ walk the track twice.” I’m like… “walk it twice?”

I didn’t know the format and was completely in the dark, even with bike set up. But I’m like a sponge, I just asked all the other good riders as many questions as I could.

How was the difference between one sport and another?

It’s kinda’ weird, we’re still riding a motor bike, but it may as well have been a swimming race – it was that different. The competitor mentality is a lot different. Motocross is quite intense and serious with more pressure and hype, and a crowd, so it’s more built up and you get a lot more nervous. The off roads are a lot more family-oriented and relaxed, going to the start line it was kinda’ hard to get into that competitive mind set in the absence of those other elements. I’m going up talking to Milner where, in motocross we gotta’ go line up next to that dude and try and stop him from winning, whether it’s straight out beating him or banging him off the track. But in this, it’s got nothing to do with him, it’s all me. I don’t even see the dude on the track, it’s just about the times.

The lack of a need to project that look of confidence or superiority must be strange?

Yeah that’s right, in motocross if you injure yourself you try to ensure your competitors can’t see that because otherwise they’ll try to exploit those weaknesses. A bit like football.

Are the off-road guys friendly?

Yeah, I’ve spent quite a but of time with Milner and we joke around and on the sight lap I pull up and give him some shit and ride off, I like that. We haven’t spent a lot of time together, but I could see myself being friends with him. I was pitted next to Chucky since we were both on Husqvarna, but he was quite focused. Greeny I walked the track with and Stykesy I’m already quite friendly with. Another different thing is that in motocross you can go and see the class before you and see how they’re attacking various things, whereas with the logs out on the track I’m going, “are these guys hitting these wide open, or how are they doing these?” It kind of does your head in a little bit because you don’t what the other guys are doing or how fast they’re doing it. In MX there are no secrets at all.

I got the same result both days – third outright and second in class, but Saturday I beat Chucky three or four times in sprints and my best one was a second off Milner. I was trying to get a sprint win, but I couldn’t get it. Sunday was a bit more rocky hard pack, and Milner ran away with it. I got within a second of Chucky, but the closest I got to Milner was 11 seconds. It showed my lack of experience with suspension settings in enduro conditions – my setup was still too stiff so my front end was just deflecting off all the rocks.

What was the genesis of this plan?

Basically, our championship got cut back, and six weekends a year was a bit weak. I just said to Glenn at Husqvarna, I need to be racing. I checked the calendar and none of them clashed, so that sparked the idea. I’ve always wanted to go off-road racing, but you get caught in your focus of racing motocross.

But basically, AORC, we want to be competitive, that’s natural, but the main priority is defending the motocross championship. I feel that off-road racing is a reasonable way to contribute towards that goal. Instead of riding around a dusty MX track all weekend, I was at the AORC, trying to catch two of the best dudes in the world. I’ve got good guys to push against, and it’s fun and it’s keeping me motivated and focused to train.
I said  to my fiancée Jill, she looks after my training programs and stuff, I said, as soon as you start racing your mentality changes. I only raced on the weekend, and come Monday I was already trying to find those 1 percenters. As soon as you get your butt kicked you start searching, so what would have been another two months of just going through the motions, now has me pulled me into gear and given me that good mindset leading into our motocross.

Say this goes unbelievably well and you take out the AORC for example and people started going “Toddy, come to the six day!” Have you thought about that?

I wanna do it. For one it’s in Italy, where Jill and I have spent a lot of time and we love it over there. We’ve represented our country overseas before, but that was in something I’ve done since I was six years old. Whereas this, I’ve got no idea what the six day is about, so it’d be fun to learn. It’d be a great challenge. It’ll be a very difficult goal to achieve because you don’t have full control of it because someone else is picking it, but it is possible. French rider Charlier did it a year or two back.

That is so exciting, so cool.

I want to say a massive shout out to Husqvarna, they’re the ones who’ve made this possible because they give the yes or no. Normally I’d expect this to be shut down, because motocross is what I do. So I really appreciate them coming on board.
And I’ve gone out and put it straight on the box, and I think I’ve opened a few people’s eyes.  So hopefully in 2021 we can get a lot more support. But you’ve got to prove yourself, right? So that’s what we’re trying to do.

Thanks very much for your time Todd, and good luck this year.

Thanks JP, speak to you next time. 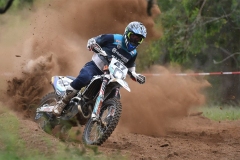 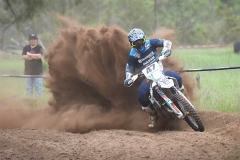 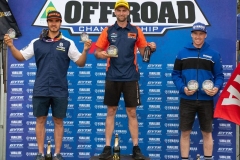