You are here: Home / News / The Ultimate Morgan Park Track Guide with Mike Jones
Back 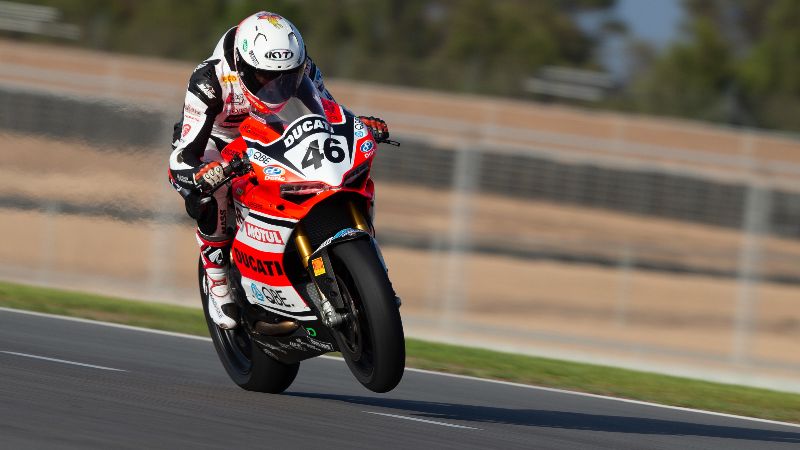 Round 4 of the 2019 Motul Pirelli Australian Superbike Championship (ASBK) presents a unique challenge as the riders and teams head North for the winter to Morgan Park Raceway from July 5-9. The circuit at Morgan Park is a 2.9km squiggle of tarmac draped across a Southern Downs hillside just outside of Warwick in Southern Queensland.The track dishes out quite a number of challenges, not least the elevation changes, the bravery-testing back straight kink, and the infamous Turn 3 wall that sees riders playing chicken with a solid slab of concrete. Queensland local Mike Jones is one of the riders who knows the circuit best, having taken two races from two when the ASBK visited in 2015, and testing there regularly with his Desmosport Ducati team.

“Morgan Park is unique.” says Jones. “The undulations and elevation changes add to the technicality of the circuit, not only for the rider but also for the team in being able to set the motorbike up. Because there’s physically less room on the track, the rider needs to be aggressive, and definitely an elbows-out attitude that’s for sure!”

Jump on board with Mike as we take a ride around the Morgan Park circuit: 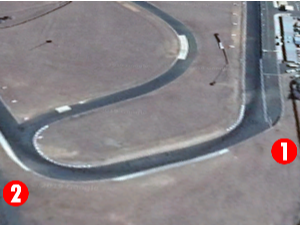 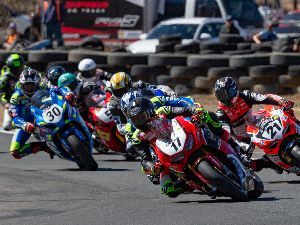 “You want to try and combine those two corners, just make it one big sweeper. Decelerate all the way through the first turn, right until the middle of Turn 2, and from that point on focus on driving the bike through the exit to go up the hill towards Turn 3.

“It’s quite hectic going into the first couple of turns straight off the start. There’s a bunch of bikes trying to go into the same bit of bitumen and it’s all very tight there. The riders are on edge, the adrenalin’s high, hearts are pumping and blood’s rushing through the body. It’s quite an exhilarating feeling going through turns one and two at the start of the race.” 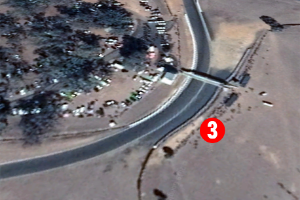 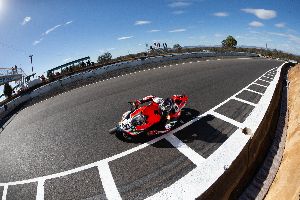 “Everybody’s a little bit different, but my approach is to build into it- Friday practice in the first session we won’t be going as close to the wall immediately but come race time we’ll be hard up against it!” 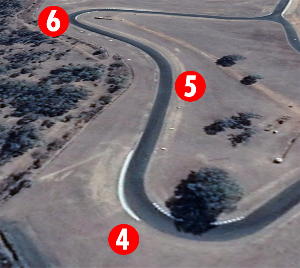 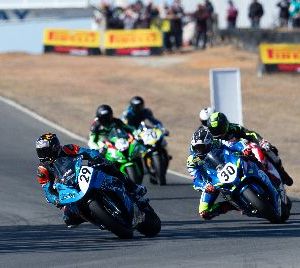 “Turn 4’s a really a good opportunity for overtaking. It’s a heavy braking zone into a really tight right hander, so it’s quite an action-packed part of the track. In practice on the Friday you’re trialling the tighter lines to practice overtaking other riders in the race.

“There’s a couple of different ways to approach the complex, and my preference is to exit Turn 4 on a really tight line which will allow me to get a better attack angle for the long sweeping left hander at Turn 5. Drive the bike really hard into 5 and just as you arrive at maximum lean angle, hard on the brakes again for Turn 6. You start to apply brake pressure while the bike is more or less on maximum lean angle, and then pick the bike up and change direction into the right hander at Turn 6. It’s quite a tricky and challenging part of the track.” 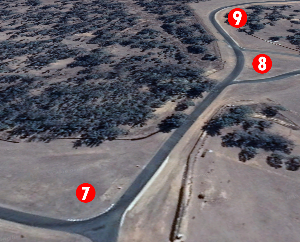 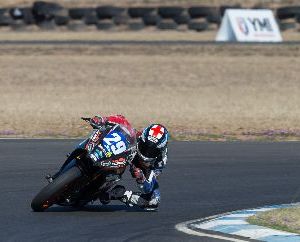 “Turn 7 is crucial, and in my opinion one of the most difficult corners on the whole track. It’s tight, and quite deceiving as there’s not a lot of reference points when you enter the corner so it’s hard to consistently get the right line. But it’s one of the most important corners as it leads onto the fastest section of the track: the back straight, down the hill and through the fast turns 8 and 9. This section is very high speed and you can make up a lot of time with a good exit.

“Accelerate through turn 8 at maximum throttle in fifth gear. It’s a wild ride as the track undulates and the bike bucks underneath you, so try to let the bike dance by standing on the footpegs and raising yourself out of the seat ever so slightly. All the while being at full throttle at over 200km/h through the left hander! To anyone that hasn’t experienced that sort of thing before it’s hard to comprehend how full-on it is through that part of the track.

“Into the right hander at turn nine, decelerate slightly as you lean the bike over, and immediately back onto the gas as you head towards Turn 10.” 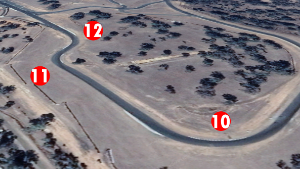 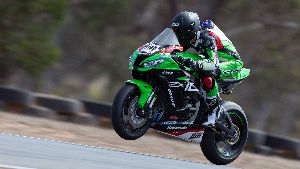 “Turn 10 is quick. It’s got a lot of banking, so you can run the bike in with a lot of entry speed. It’s a good overtaking opportunity because the banking makes it easier to go up the inside. Fire yourself out of there as hard and as fast as you can, towards the last chicane that leads to the end of the lap.

“The last chicane is tricky: there’s a couple of different ways you can ride it. You could enter really quickly and make up a lot of ground on entry, but then you have to slow up as you change direction while still trying to get good drive out onto the main straight. My approach is to slow the entry up a little, get a really good line as you change direction from the right to the left and focus 100 percent on the drive out of the last part of the chicane up onto the main straight. This helps keep the motorbike stable as you come up onto the main straight, because there’s a crest in the road and it unsettles the bike a bit. So if you’ve got the motorbike stood upright, it allows you to track over the crest with a little bit more ease and be able to be full throttle down the rest of the straight.”

Make sure to get your ticket for Round 4 of the 2019 Motul Pirelli Australian Superbike Championship at Morgan Park, 5-7 July 2019. For more updates and to purchase, head toASBK.com.au.Follow along with the ASBK by heading to ourFacebookpage, or by following ASBK onInstagram.