You are here: Home / News / Rockhampton CQ Rd 1 Recap and Photos
Back 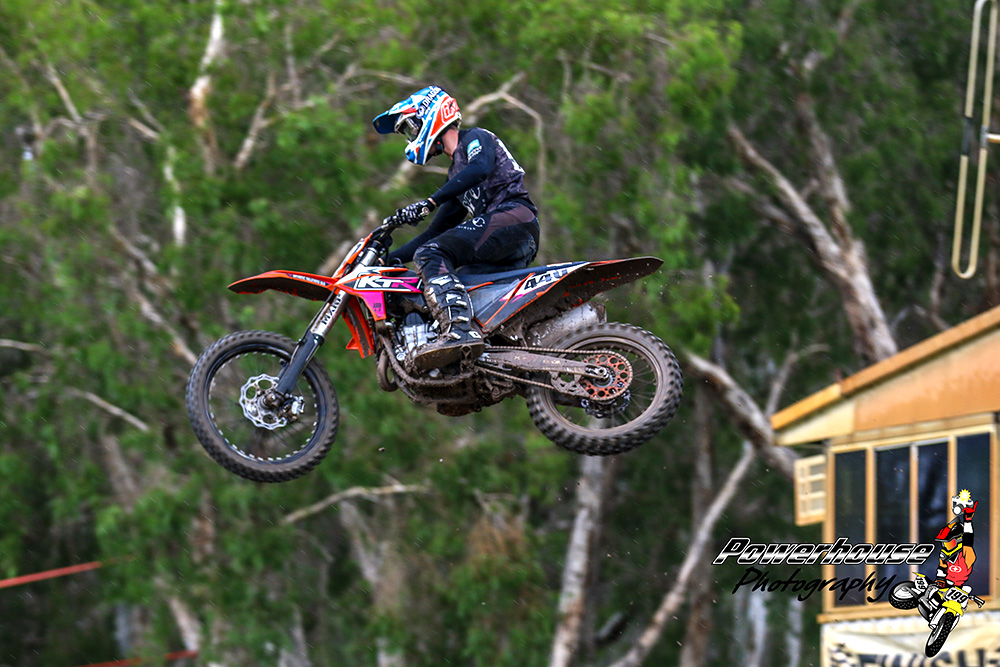 The 2020 MPE CQMX Series kicked off with Round 1 at Rockhampton District Motorcycle Club. With the club holding the Australian Junior Titles later in the year it was bound to be a big round, with some riders traveling from as far away as Western Australia and Victoria to get track time in preparation for the Aussies Junior titles.

249 Bikes and 180+ riders came for the weekend. The crew did an awesome track prepping the track and there was a lot of talk about how well it was prepped around the pits on the Friday afternoon, the vibe was high as racers and also parents were keen to get the series started. Rain did cut racing short on the Saturday so there were only 3 rounds all up,  but the kids made the most of it playing in the water and parents were talking banter and having drinks in the pits.

The 50cc Auto class started off with 14 riders but with conditions rough and a few bike issues in the class, young Jaxson Mullins was the most consistent over the weekend taking the Overall.

Bodie Court traveled up to get track time in for the upcoming Aussies. He won the overall in the 65cc 7-9 but did have to work for it when getting caught up in the start gates and tipping it over a couple times, it was all about consistency, Jaxon Downing and Darcy Burke did that and rounded the Podium.

65cc 10-12 was all about Heath Fisher; grabbing holeshots in each Moto and winning all 3 Motos was ease, he made the track conditions look easy on the 65.

Mini-Lites 9-12 was a stacked field with 34 riders on the gate. It was all about the starts and again Heath Fisher had his dialed, and was consistent all 3 Motos to take the overall. Jackson Walsh and Beau Tate rounded out the top 3, while the battles ran deep within the field.

The highly contested and also stacked Mini-Lites 12-16 was great to watch, with some fierce battles between WA’s Deacon Paice and Queenslanders Braden Plath and Taylah McCutcheon. It wasn’t all easy sailing for Deacon who had a few minor tip overs in the motos but his raw speed and experience in the sand back in his home state definitely helped him. Deacon got the overall win in the end, he wasn’t used to the humidity but also knows what he needs to work on before the Junior Aussies.

Jackson Camilleri was tipped to be the one to beat in the Junior Lites 2-stroke-class with the young talented rider having that raw speed, but it was Jack Mather who put together 3 solid motos to snag the overall by 3 points from Jackson, with a smart-riding Brock Sleader rounding out 3rd place.

The future is looking good for  motocross in Australia if watching the 4-Stroke Junior Lite riders was anything to go by. Most people tipped local riders Brad West and Jackson Camilleri to be battling it out for the win but it was WA’s Brock Flynn who rode to the top and pulled off the overall. The boys pushed each other across all three Motos and it was the battle of who stayed upright and made the least mistakes, Brock enjoyed the flow of the track and how well it formed up even with the wet weather that occurred.

There is a reason that Tahlia Drew has the number 1 on her jersey, she was unstoppable from gate drop to finish in each moto, but the real battle was for 2nd and 3rd, between Kirra-Lee Baxter and Riley Carvosso, they thought hard in each moto but it was Kirra-Lee who got the upper hand on a count back.

The old boys of the weekend duked it out and they certainly had fun doing so. Holeshot king was Stephen Neilson taking all three starts, but no one could stop Steven Williams, he charged through and made passes early on to take the overall win over Stephen Neilson, with Ben Roe in third.

QMX2 had some new faces this year with young gun Levi Rogers stepping up to the class and showing that he has the speed to run at the front of the pack. Rogers set the fastest lap times in all three Motos, despite having a DNF in the final, but it was MX Nationals regular Kaleb Barham who took the overall win, utilising his skill and experience in the rough conditions. Jack Kukas finished second while Victorian Kipp Adams was third.

QMX1  had some new riders this weekend with Jai Walker and Navrin Grothues making the trip to Rockhampton to battle it out with defending Champion Luke Weaver. Weaver had a bad weekend by his standards, and just couldn’t match the starts and consistency of the other guys, but he will regroup for Round 2 in Yeppoon. Jai grabbed the overall with Nathan following in second, while Luke was third. 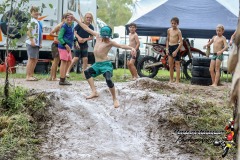 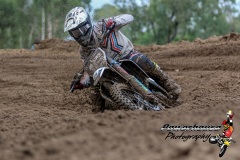 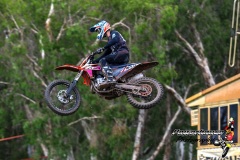 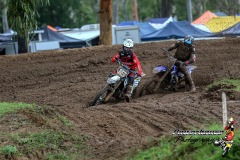 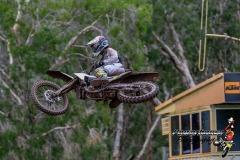 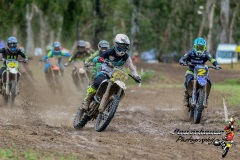 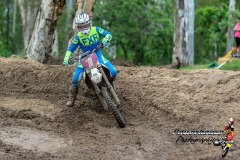 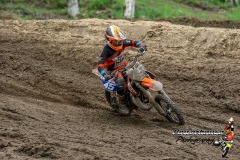 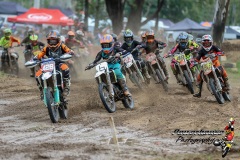