You are here: Home / News / Red Plate Fever as Gympie MX Nationals Draw Near
Back 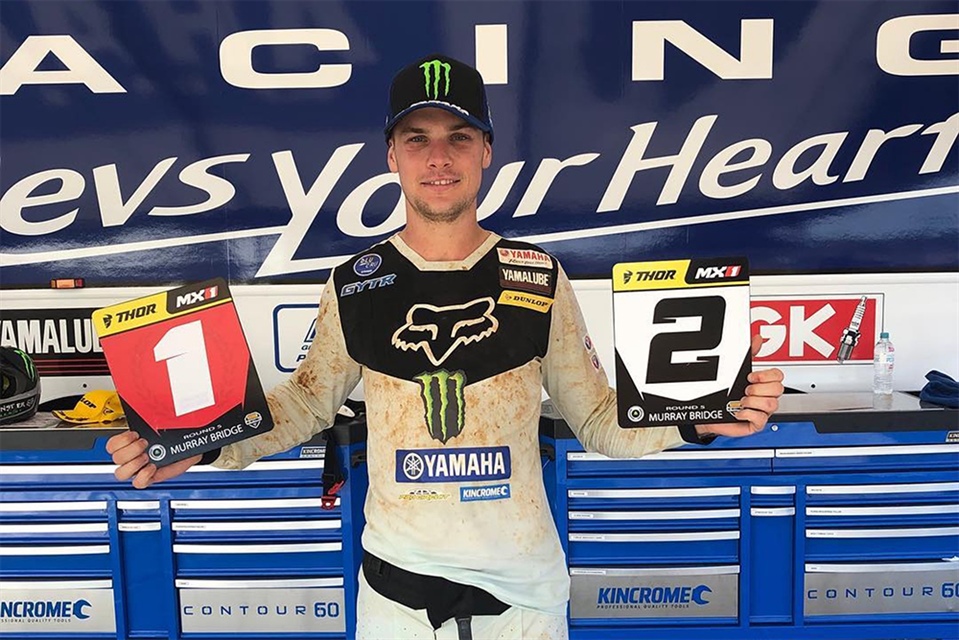 After a huge six week mid-season break the championship is back in full swing this weekend at round six of the Pirelli MX Nationals in Gympie QLD.

This weekend in the MX1 class we will see for the first time in his career,
Luke Clout carry the red plate aboard his CDR Yamaha Monster Energy bike .
Luke is coming off a strong mid-season break and feeling a new found confidence heading into the remainder of the season.

The MX2 class will see the ever consistent and 2017 MX2 champion Wilson Todd, head into round six with the red plate aboard his Factory DPH Husqvarna . After competing in the AMA Pro Motocross in his mid-season break and walking away with a top 10 finish last weekend he is sure to bring the speed and lessons he has learnt in the USA back home with him.

Regan Duffy has maintained the red plate for majority of the first half of the season in the MXD class, and coming off a huge win at the Manjimup 15,000 being the youngest competed to ever take out the historic event his confidence will be very high heading into the remainder of the season.

Make sure you don’t miss a minute of the action www.nrgtv.com.au