You are here: Home / News / RecoveR8 Team Australia Extends Lead After Day Two At The 2019 ISDE Portugal!
Back 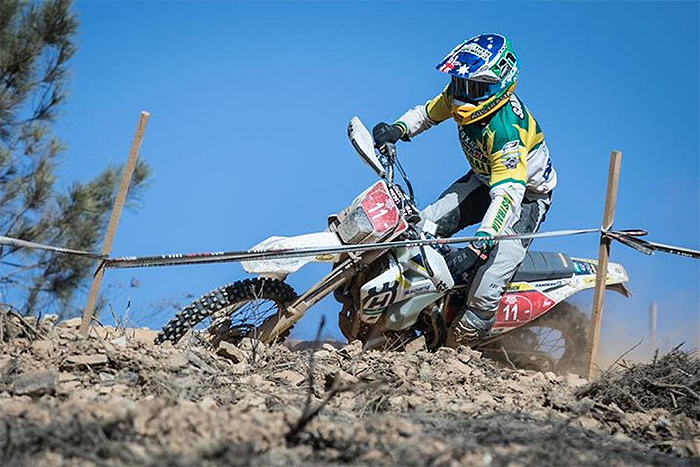 Day two of the 2019 FIM International Six Day Enduro (ISDE) has been left in the dust and RecoveR8 Team Australia have continued to establish themselves as the leading Nation, with the World Trophy and Junior Trophy Teams taking Victory on day two. The Women’s Trophy Team currently maintain third overall.

Day two would see a repeat of day one’s three-hundred kilometre Menhir Route, with riders completing two demanding laps at a total of seven tests, with six controls four of which were remote and covering 300km in distance. However with no overnight rain the conditions were in contrast to the opening days action. Extremely rough and dusty terrain greeted the riders for day two, and RecoveR8 Team Australian were more than up for the challenge.

With day two concluding, RecoveR8 Team Australia achieved a second victory over team USA, winning by thirty seconds and extending their overall ISDE lead to fifty seconds. The two nations now pull over five minutes ahead of Italy in third place, establishing what appears to be a two Nation battle for the 2019 ISDE crown. Day two would see Daniel Sanders again reign supreme as he took the Outright win and the E3 class win by winning six of the seven tests, dominating the days proceedings. Josh Green would match day ones performance by finishing in sixth position in E2, just two seconds behind USA’s Grant Baylor. Matthew Philips would again finish ninth in E2, showing how consistency pays off for the team in the Outright standings from the E2 duo’s performances. Luke Styke would finish the day a solid second in E1 and fifth outright, helping to further extend the Team’s lead times in the ISDE World Trophy.

Luke Styke commented to MA on the first two days action:
“We made a few changes halfway through the day and it seemed like they were the right ones as I picked up some pace through the second half of the day. The trails and the tests themselves were getting brutal with two days on the same layout. Overall I’m happy with the day and plan to stay smart and consistent to keep doing my job for the Australian Team”

The RecoveR8 Women’s Trophy Team progressed from day ones performance, finishing in second position outright just seventeen seconds down from the USA. Maintaining third position in the overall ISDE standings, the Women’s Team have began to close the gap to Team Germany in second, now with only six seconds separating the two teams. Both Tayla Jones and Jessica Gardner would match day ones finishes in the top five, with third and fifth positions respectively. Makenzie Tricker would finish in sixteenth position.

Jessica Gardner commented on the opening two days action:
“Day one and two are already in the books, we got all the nerves out of the way yesterday. The track was very rough with two days on the sane layout. I had a great opening test, in the fourth one I had a fall on the last turn and lost a little time. Overall I think I’m riding well and I’m looking forward to some new special tests tomorrow”.

Fraser Higlett had this to say to Motorcycling Australia:
“It’s great to see some of our Junior Team in the top ten and we have put a lot of time on the other teams. I ended up seventh outright yesterday which was honestly hard to believe for me, but I feel smooth and believe I can keep this up for the rest of the week”.

The FIM ISDE continues on day three with competitors facing a new course and set of special stages on the Monchique Challenge Route with a total of two-hundred and sixty-six kilometres to be covered. 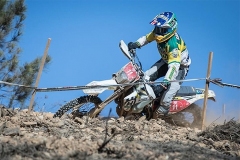 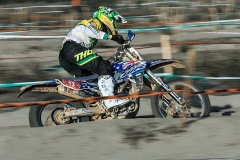