You are here: Home / Motocross / Luke Weaves his Magic Again
Back 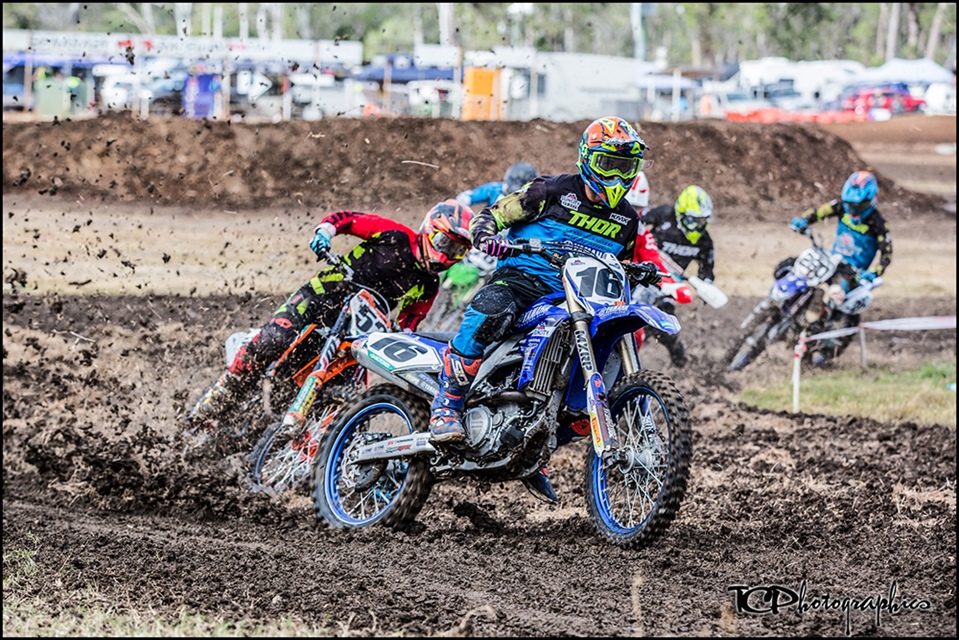 More than 160 competitors braved the unfavourable weather conditions to race in round 5 of the Central QLD MX Series at Gladstone Dirtriders Motocross Club.

After being washed out back in April, the rescheduled meeting was again a wet one.
Luke Weaver continued to dominate his competition, taking out the QMX1 class. Cody Hall, Matthew Kennedy and Jake Valinoti battled for the minor placings with only four points separating the 3 riders.
QMX2 it was again Luke Weaver with a perfect scorecard finishing on 140 points ahead of Cody Hall with 126 points and Dillion Hall on 117 points.
Luke Weaver said he was really happy to keep the good momentum going heading into the final round of the State Titles. “The club did an awesome job with the track, it held up really well all weekend”.
The competition was tight in the ladies class with Kirra-Lee Baxter and Britney Boyce finishing on equal points (134) and Riley Carvosso and Shannon Spratt finishing on equal points for 3rd/4th (116).
In the Junior Lites 2-stroke class Jackson Camilleri took the honours while Deegan Mancinelli and Zac Watson battled each other hard every race to fight for second place.
The same three boys provided plenty of great action for the spectators, pushing each other to the limit in the Mini Lites 12-16 years. Deegan Mancinelli took the win with 132 points ahead of Zac Watson and Jackson Camilleri on equal 126 points.
Jackson Camilleri said it was a really fun and challenging weekend, “The track was awesome all weekend. Every race it was different due to the way the weather was, you couldn’t just go out there and expect it to be the same as the last race.”
The fastest senior lap time for the weekend went to Luke Weaver with a 2:04:188. The fastest Junior lap time was set by Jackson Camilleri with a 2:05:261.
The series moves to Mackay for the final round on the 3rd and 4th August.
Awesome photos by Tony Clark at TCPhotographics