You are here: Home / News / Josh Wins his Seventh
Back 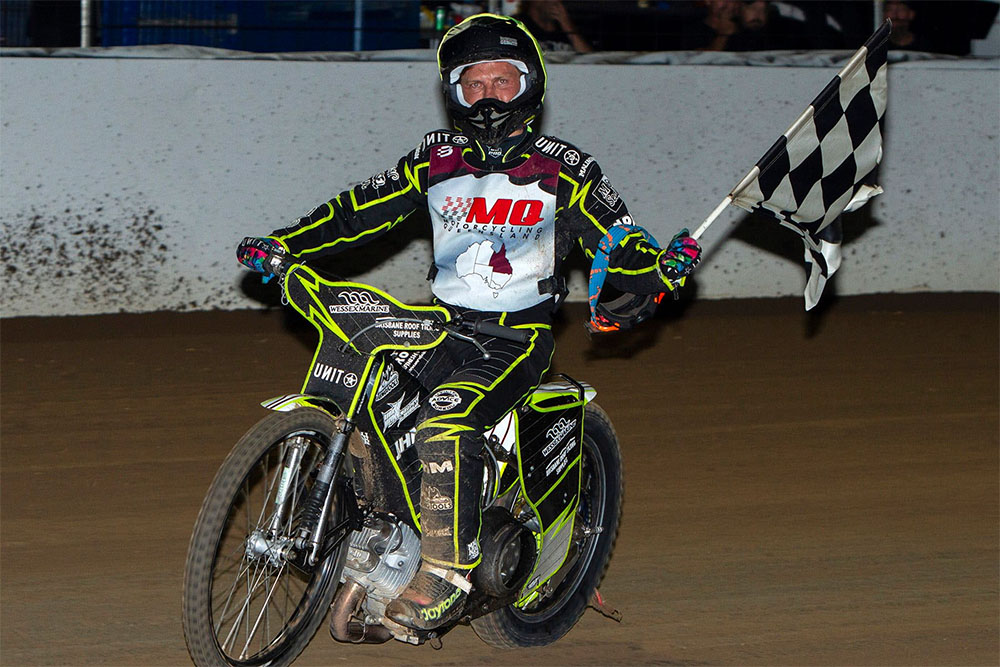 Josh Grajczonek won his seventh Queensland Speedway Championship in what was an action-packed night at Bowen on the weekend, and Speedway Subcommittee member, accomplished racer and unabashed speedway junkie Ashleigh Smith provided this fantastic report –

Saturday the 14th November saw over 1200 speedway fans converge on Bowen Showgrounds to attend the 2020 BQC Quarries Queensland 500cc solo championships. The field was full of international riders, young guns and Queensland’s up and comers of the speedway world. Picking a winner would be no easy feat with the strongest line up in Queensland speedway for many years. The action was always going to be hot.

Heat One saw the 2019 champ, Ryan Douglas make his mark with an exceptional win from gate one. He then went onwards from there only being troubled once in the heats by a solid ride from local, Dale Borlase, which saw Douglas have to charge underneath in turn 3, pushing Borlase wide to maintain his unbeaten streak. Heat 17 was an absolute cracker with Douglas taking on the also unbeaten Josh Grajczonek, with Nick Morris and Zane Keleher also wanting to take crucial points off Douglas. But it was all Douglas from the gates with Grajczonek second, leaving a ding dong battle for the final point between Morris and Keleher. It was neck and neck and as the two came over the line, and Morris got the drop by mere centimetres over the Rockhampton rider.

The fierce action continued throughout the night with wins to Jake Allen (after blowing an engine in practice) and Zaine Kennedy, and huge contenders pushing hard the whole time to fill minor placings. Every race was edge of your seat stuff but ultimately it was going to come down to the two crucial semi-finals to determine who would be racing for the #1.

Semi-final One again consisted of Douglas, Allen, Kye Thomson and Keleher. Douglas again was prestige out the gates which saw the other three battling for second into the final. You could’ve thrown a blanket over them with Keleher up wide, Allen and Thomson pushing through and the places swapping the entire four laps but as the chequers fell it was Keleher who took that second place.

Semi-final Two consisted of Grajczonek, Kennedy, Jacob Hook and Nick Morris. Grajczonek was too good from gate one leading start to finish, with Nick Morris sneaking past the two Brisbane young guns to take second place.

With the semis done, it was anyone’s guess for the final – you had top point scorer Douglas off Red and second top point scorer Grajczonek off yellow with two fast guys in the middle. The tapes flew and it was Grajczonek, who was majestic from gate four, parking his bike in the dirt up near the fence and just pulling away. It was a seamless ride from Grajczonek with Douglas coming in a solid second, leaving Keleher and Morris in a huge tussle at the back. This time it was Keleher who stole the third place from Morris to take that last podium spot.

The win marks the seventh time that Grajczonek has taken the Queensland 500cc Solo Championships, a feat only equalled by Keith Gurtner (1950/60’s) and John Titman (1970/80’s). Can 2021 be the year we see a new name in the record books?

A hugely successful night of 500cc solo action was supported by Support Solos, Junior 125 solos, Junior 250 solos, Sidecars and Formula 250 karts. The action was just as hot in the 125 juniors with Jaidyn Eaton taking the win from Lachlan Moody, Seth Tregea and Jetzen Lyons. It was fantastic to see 8 junior solos in action at the complex putting on a show for the adoring locals. Eaton also managed to take the win in the 250 juniors from Northern Territory rider, Brad Niven. Tyler Moon and Adam Lovell showed the crowd what it’s all about on the 3 wheelers taking the win from Brodie Cohen/Josh Murray and Garry Schofield/Tyler Sharp.  The support solos hooked in all night with some awesome battles between Bailey Viner, Brock Tregea and Michael Stayte with Viner the eventual evening winner.

The North Qld Speedway Riders and Supporters Club would like to thank all the riders for a fantastic night of racing and thank the amazing North Qld crowd who were out in full force once again to support the event. 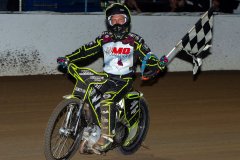 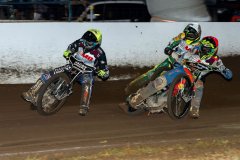 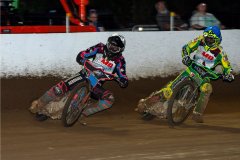 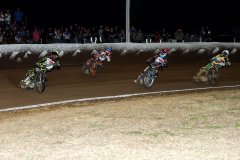 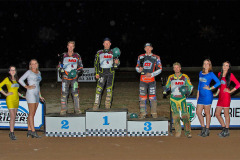