You are here: Home / News / Hayley’s Way – A Chat with Hayley Miller
Back 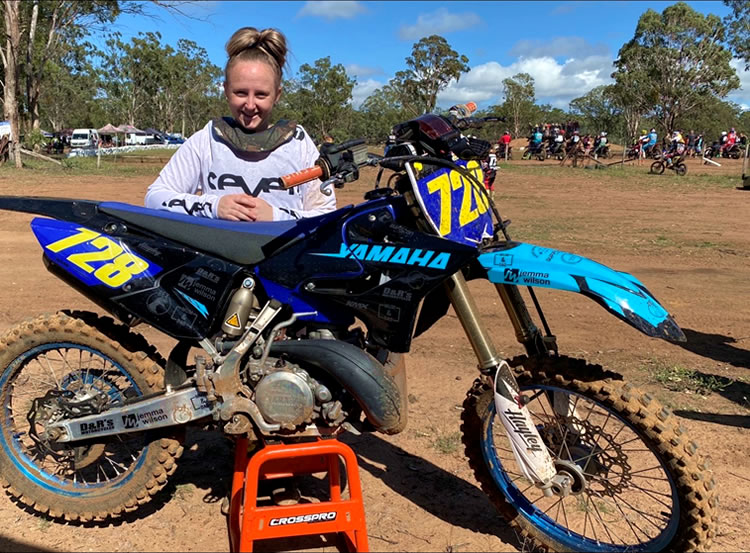 Well a lot has happened in a month, but earlier in March, 2019 WoW series winner Hayley Miller made a big splash at Toowoomba’s Mountain Man Motocross when she finished second to Queensland Champ Tahlia Drew, and even bested Drew in the final moto.

It was another impressive performance from the 19-year-old Café Manager from Roma, and we thought we’d chat to her about speed, training and being, well… a not very tall rider on a dirty big motocross bike.

G’day Hayley, let’s grab a bit of background, shall we?  Born and raised in Roma?
Yep.

What are your biggest achievements in the sport so far, apart from last year’s WoW series and the podium at Mountain Man?
In 2016 I won the Queensland title in my last year as a junior.

Your profile has grown a little bit lately. Are you the kind of person who goes yep, throw me the mike, no worries, or do you naturally hide from the limelight?
I’d probably rather hide.

Haha. It comes with the territory though doesn’t it, once you start getting faster and building your reputation? And then that profile makes it easier to gain support in the future.
Yeah, true. It’s something I’m trying to get more comfortable with.

Tell us about your latest sponsor?
Suffcon Civil and Mining Solutions – they sponsor the Roma track as well. They have a couple of riders in the family and they’ve become pretty good friends through work. They’ve jumped on board to back me, and they’ve shown a lot of support for my racing. They’re excited when I do well.

Was it a surprise to you to beat Tahlia in that last race at Echo Valley?
Ah yeah because I hadn’t been on my bike since November last year.

Whaat? So why were you so fast there?
I’m not sure.

You must have a theory though?
Yeah, just don’t train, that’s my theory.

Haha, I’m not sure that would be backed by too many professionals. Have you switched bikes this year?
Yeah, I just got a YZ250 two-stroke. I used to ride a YZ125.

That’s huge. Now tell me about Mountain Man, what did it feel like for you to be going so well on that famous track? Was it one of those moments where you were having a Zen-like synergy with the conditions and it was all happening easily, or, what did it feel like from the saddle?
Well that first race, that was my first start on the bike, and as soon as the gate dropped it literally just took off like a rocket. The power was just so good, it felt good to be able to keep up with Tahlia, and to beat her in that last moto.

So how long before the race did you get the bike?
I think I got it two weeks before, and I rode it once before.

Haha, okay, nice! Whatever works, huh? So put your dirt bike tester hat on for a second, if a girl was thinking about going from a 125 to a 250, what are they going to notice by comparison? Did the throttle response put a smile on your face?
Oh yeah. It goes like a rocket, but weight-wise I didn’t really feel a difference. There was a big difference in the gearing too, coming down the Skyline into that tight left-hander, I was down to first gear and I felt like I needed to go down another gear.

Now, no offence, but there’s not much of you. We’ve talked about that a little bit prior to this chat, but how big a thing is that? There are a lot of girls out there who look at the seat height of a motocross bike and go, well, that’s just inaccessible for me. What’s your take on that?
I suppose I’m pretty used to it now, because I’ve always been so short, but there are advantages and disadvantages.

What are the advantages?
I’ve never outgrown any of my bikes, so that’s good for me.

Have you had to learn a couple of little tricks with starting or dismounting or dabbing in a corner?
I suppose probably balance is a big thing with trying to start your bike. Like I’ll try and balance and kick it at the same time. Or I’ll stand off to one side and left foot kick it – I won’t be actually sitting on my bike. Or I’ll find a high spot!

I saw recently a video by some American lady about short girls riding dirt bikes, and she was demonstrating techniques like sort of slithering off the side when you pull up. So you have one foot on the ground, but with your other leg it’s sort of the back of your knee that’s over the seat.
Haha. Yeah, yeah. That’s probably what I do.

When we eventually start racing again, what’s on your list of things you want to achieve?
Probably win Queensland championships, and top-five at Aussies.

Do you intend to stick to your unique training method?
It’s not quite how I made it look, I train a lot off the bike. Like, I have gym every day through the week and I have touch footy on Monday, touch Tuesday, netball Wednesday, footy training on Thursdays and I play rugby union as well. And then I’ll probably just head away and practice sometimes.

Wow, you’re a bit of a sports nut aren’t you? Are you crazily competitive?
In women’s touch probably more competitive than anything else, that’s about it.

Do you have a dealer sponsor?
No, Mum and Dad just help me out as well, because we own the local motorcycle shop D&R’s Motorcycles. They get everything ready for me before race weekend and make sure my bike’s always ready, so I really appreciate their support.

Is your Dad your race mechanic?
Yep, and I wouldn’t have it any other way.

Is that why you’re a motorcycle racer, have you been dragged around dirt bike races your whole childhood? What age did you start racing?
Age 4. As soon as I could put a helmet on, pretty much.

Wow. And done it consistently since then, or come and gone a little bit?
Pretty consistently. 2017 was probably my biggest year, I think we were at home like two weekends out of the whole racing season.

Do you think there are enough women out there racing yet?
No.

And why do you think that, what are they lacking?
Probably the confidence and having to race the guys probably scares a lot of people.

I always think it’s interesting to show that the people out there standing on podiums, they’re just normal people with jobs and other responsibilities and they’re balancing priorities just like other people. But they’re having a whale of a time in the sport and other people looking on can too, I think that’s the message. And what would you say to those women?
Yeah, for sure. I’d say go and give it a go and you’ll see it’s a girl’s sport as well.

Are you super-grateful that you gave it a go in the beginning? Like, does it give you a lot of joy in your life?
Yeah, I feel like it gives me a break from work, and it’s a whole different community to the one you hang around with when you’re at home. Like we’ve got a real good group that we always camp with when we go away and it makes your weekend pretty good.

Now, your message to ladies who look at what you do and say that looks like fun, what would your message be?
Just give it a go because you don’t know what you’re missing out on.

Thanks for your time, Hayley. Hopefully we’ll see you on a race track again soon! 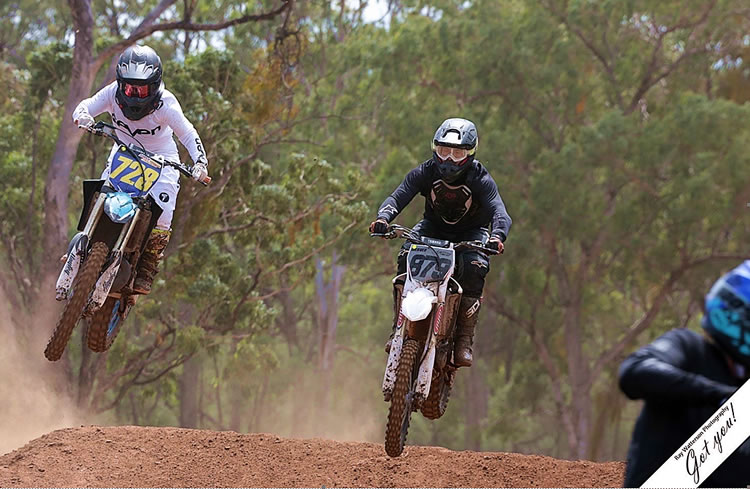