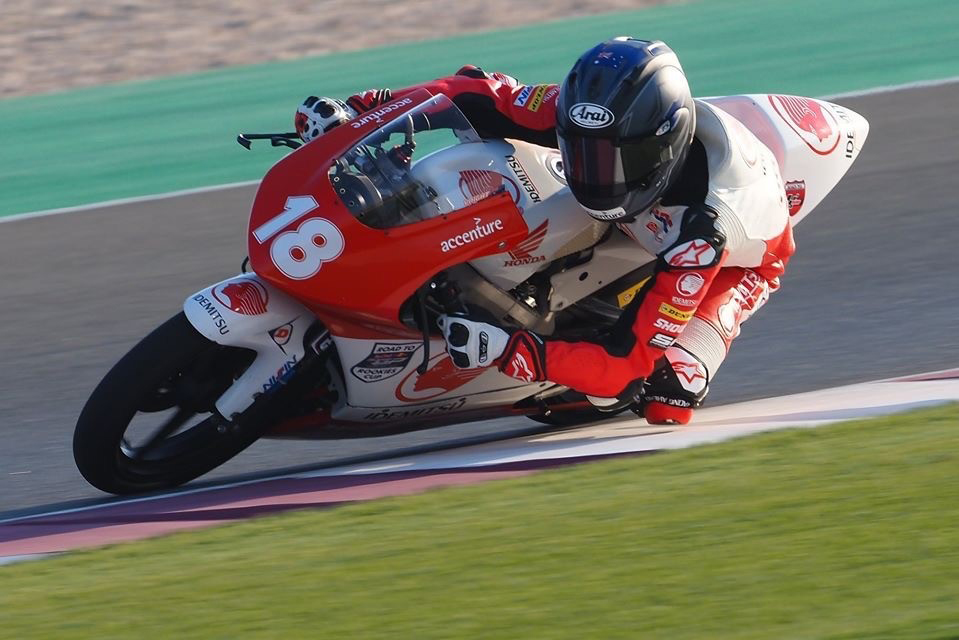 Gold Coast teenager Harrison Voight has claimed his maiden Asia Talent Cup (ATC) podium, finishing third in Race 2 of the series opener at Losail International Circuit as part of the MotoGP of Qatar.
13 year old Voight recorded his best ever qualifying result at the season opener, which marks his second season competing in the Asia Talent Cup.
The Australian, who was the youngest rider in the field in 2019, qualified second for the two 14 lap races.
A mistake in Race 1 saw Voight come off at Turn 6, he re-joined the race at the rear of the field, and finished the race, salvaging valuable championship points. 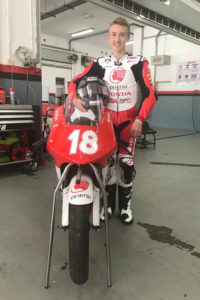 Shaking off the nerves from Saturday’s incident, Voight endured a tough battle to the flag on Sunday, dropping back to fifth mid race. A five-way battle ensured over the closing laps of the race, Voight moved into the lead at turn one on the final lap eventually taking third.
“It was a good feeling to finally get a podium in the ATC,” Voight explained. The racing was tough and it all came down two the last two laps. Thankfully I have had some experience at this track so when I rolled out all I had to worry about was the setting up of the bike.
“The competition this year is a lot harder than last year as the Japanese riders are very fast and the pace is faster. Hopefully we can achieve more podiums and even a win this year. My goal is to finish the year in the top 3.
“I am very thankful to Dorna and the ATC for giving me this opportunity,” Voight concluded.
The Gold Coast rider currently sits fifth in the championship standings with the next event to be held at The Bend in South Australia on 8-10 May 2020.
Voight started out racing flat track at the Mike Hatcher Junior Motorcycle Club at Arundel at the age of 8 and continues to race at the club in between his international commitments.
In addition to the Asia Talent Cup Voight will also contest the European Talent Cup as part of the Sic58 Squadra Course team.