Big Season Ahead for Mackay MX

You are here: Home / News / Big Season Ahead for Mackay MX
Back

The Mackay Motocross Club is stoked to be kicking off the first round on the weekend of March the 13 and 14 with two big days of action-packed racing.

Another Massive win for the club has been its successful bid to host the 2021 Queensland Motocross Championship round in July.

Club President Aaron Ross says “The Mackay Junior Motocross committee is proud to be hosting the Queensland Championships this year, an event that has not come our way since 2016 – it really cements the hard work and efforts put in by our committee members over the years, carrying on with their visions for growing the club and showcasing what Mackay Junior Motocross track has to offer.”

Ross also says “Hosting a round of the Queenslands also showcases the talent of local riders coming from our Club. We have some of the best Junior riders who have paved their way in motocross and come up through the ranks at our Mackay Club, and they will be top contenders in their class come race days”.

Mackay Junior Motocross have been doing great things this past two years in building their club and raising the profile of motocross as a sport. The club has more than doubled in members since 2018 and a lot of those members are from families with young ones starting out. “With the numbers of families joining the club and the sport it means we are doing our bit to keep motocross going.

There are some awesome new young members just starting out in the club, who’ll certainly move up in the ranks and become ones to watch!

Practice days at the club have been seeing high numbers in members turn out every weekend to ride, with a huge percentage of those being junior riders.

“This tells us Motocross is alive and thriving in Mackay,” says Ross. “We are proud of where the Mackay Junior Motocross Club is heading and have a great crew of volunteers that make it work. Our track crew is second to none and have a great pride in the club and the track, so our riding conditions for the race season are set to be prime.”

Club President Ross also says “Having a well-maintained facility to be able to host events such as the Queensland Motocross Championships means the Mackay Junior Motocross Club can showcase not only the club but also the level of talent coming from the riders within, and it gives our younger riders the opportunity to compete in high-calibre events in their own backyards”

“Both young and old Mackay riders are going to be pumped to be competing in a Queensland Championship round in their own backyards, and as a Club we are Proud to be hosting such an event.”

Anyone wishing to Volunteer, Sponsor, officiate or help out with the Mackay Junior Motocross Club’s event preparations can do so by contacting Aaron Ross on 0429699360. 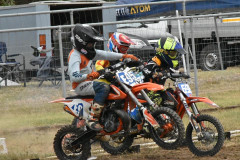 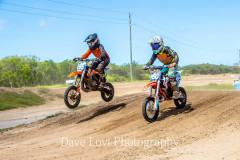 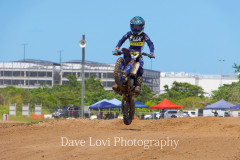 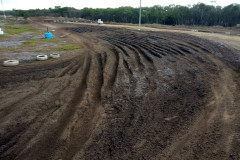