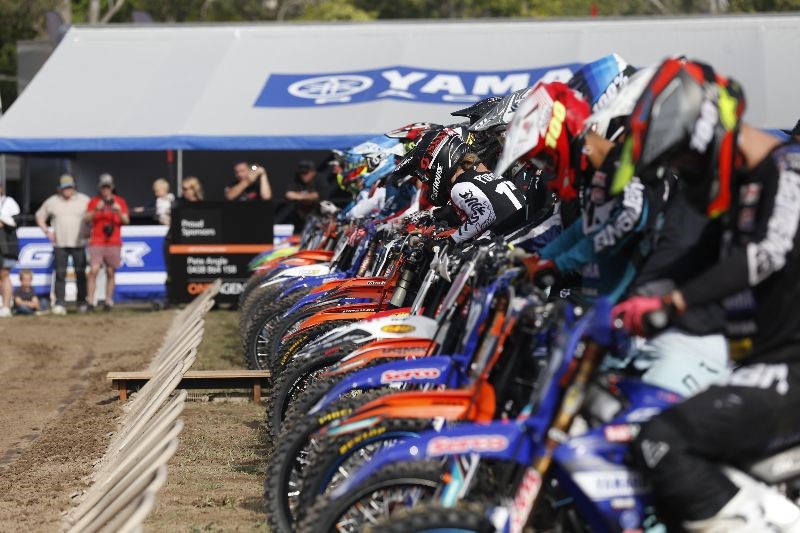 While domestic racing may be have slowed thanks to COVID-19, Australian representation on the world motorcycle racing scene is exploding, with more than 60 competitors overseas racing, and we are not there just to fill grid numbers.

Australia has always been the underdog when it comes to international sport, because of our small population, yet we produce high calibre sportsmen and women, and many world champions.

But when it comes to sport, we are fierce, ranked 9th in the world behind the United States, Russia, Great Britain, France, Germany, Japan, and Italy according to greatestsportingnation.com.

In 2020, with COVID-19 devastating sporting competition across the globe, Australia is still extremely well represented on the world stage of motorcycle racing.

64 riders have traversed the globe in recent weeks and months in the hope to be standing atop the dais come the end of racing season flying the Australian flag.

In the USA and Europe, competition has fired back up with limited or no crowds.

We are not simply competing in these international competitions to fill grid spots, Australia have riders winning, finishing in the top three each weekend, and riders in their respective championships in the top 10 with their eyes firmly on the championship trophy.

So why are we so strong as a nation, with a relatively small population, in producing World Champion motorcycle riders?

Motorcycling Australia CEO, Peter Doyle said being Australian comes with some challenges when trying to compete at World Championship level.

“We are a long way from Europe, it’s very expensive to get into the current market, and unless your living there like the European riders are, racing in front of teams, learning the tracks and the challenges of different cultures, food, languages, you’re almost forgotten living down under,” he said.

“Australians for a long time, took it upon themselves to head overseas and take part in World Championship racing, pre-70’s there were not the large contract fees with large teams and limited special machines like the future decades would bring, so they largely had to fund it themselves, but you could purchase a bike that was somewhat competitive up until the mid-80’s.

“The 90’ and 00’s saw a very large number – possibly the largest – of Aussie’s heading overseas, the UK, USA and World Championships had Australian’s in nearly every class, Speedway and Road Racing had a huge contingent.

“Australians of that period were well respected for their work ethic, usually easy to work with and very adaptable to the differing conditions around the world.

“Much of the exodus especially in road racing in that era was due to a strong national series with large national level investment by the local distributors, and large numbers of talented riders trying to make it to the top.

“Having World Championship and large international events in Australia also gave the locals a chance to compete against the world’s best and showcase their talent.

“MA is investing more into junior programs each year and we will continue this to ensure we can help develop our next national and world champions.”

Both Billy Van Eerde (left) and Harry Khouri (right) have developed their skill through Australia’s junior programs and are now taking on the best in Europe.

“I think you would find it hard to find another sport in Australia that has produced the number of world champions year on year that Australia has, 25 FIM World Championships, at least one in each year for the past 25 years.”

While for most of us, we can’t be at a USA or European track in person to watch our Australian talent, we can via TV or online, and scream and cheer Aussie Aussie Aussie, Oi Oi Oi, from the comfort of our loungerooms.

Speedway:
Please note speedway riders often move from country to country depending on their contracts. Currently the majority of speedway riders are competing in Poland and Sweden, but Zane Kelleher remains in England.

Flat Track:
• Max Whale (American Flat Track) Queensland
You can stay up to date with the latest news from our international competitors each Tuesday with our International Rider Wrap-up at www.ma.org.au