The Yamaha Australian Off-Road Championship, presented by MXstore, (AORC) will make its historical TV debut with broadcast partner – SBS Australia – May 9, from 1.30-2.30pm.
AORC fans, mark your calendars for the inaugural episode of this year’s groundbreaking show.
The hour-long feature brings the racing action from the opening rounds of the 2021 AORC, held at Golden Beach, Victoria, straight into the lounge rooms of race fans around the country for the first time ever, showcasing the truly grueling nature, triumphs, and challenges of the championship. Hosted by Kate Peck, renowned motorsport journalist and self-confessed ‘motorbike addict’, Peck joined the Golden Beach paddock to capture the ups and downs of the season’s opening races firsthand.
Dive into the behind-the-scenes stories of the AORC athletes with never-before-seen access, and watch the marquee rivalries of the championship unfold, pitting machine against machine and rider against rider in the fierce race for glory.
“Motorcycling Australia is very proud to have secured this partnership with SBS Australia and Fox Sports Australia, our television partners across a number of National Championships,” said Motorcycling Australian CEO, Peter Doyle.
“The challenges of racing in the AORC are like no other in motorcycle racing.
“These athletes are some of the best in the world competing in our Championship and for those first time viewers, they will see firsthand how incredibly tough this sport can be, and the level of dedication required to succeed at the National level.”

Viewers will meet not only the elite riders, but also the key players behind the AORC – team managers, mechanics, support crew and officials.
Fans of the AORC will already know familiar faces from the Championship – stalwarts in Daniel Milner, Josh Green and Jess Gardiner, as well as motocross racers who jumped the fence to the off-road format, with the likes of Luke Styke, Todd Waters and Mason Semmens.
The show will also introduce those hungry to shake up the podium in the battle for the championship titles , with emerging talents like Emma Milesevic, Sam Pretscherer and Kyron Bacon.
Don’t miss a second of the action on the road to crown the 2021 AORC Champions.
After the premiere, the AORC TV show will be available to view via the SBS on Demand Channel.

Stay up to date with the latest news about the 2021 Yamaha Australian Off-Road Championship by visiting the AORC website at www.aorc.org.au , Facebook or @aorc on Instagram. Don’t forget to download the Official AORC app via Team App. It’s as easy as download Team App and search ‘AORC’! 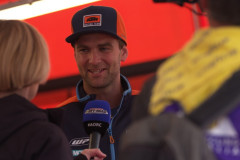 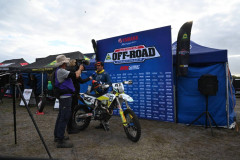 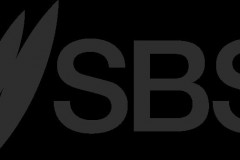